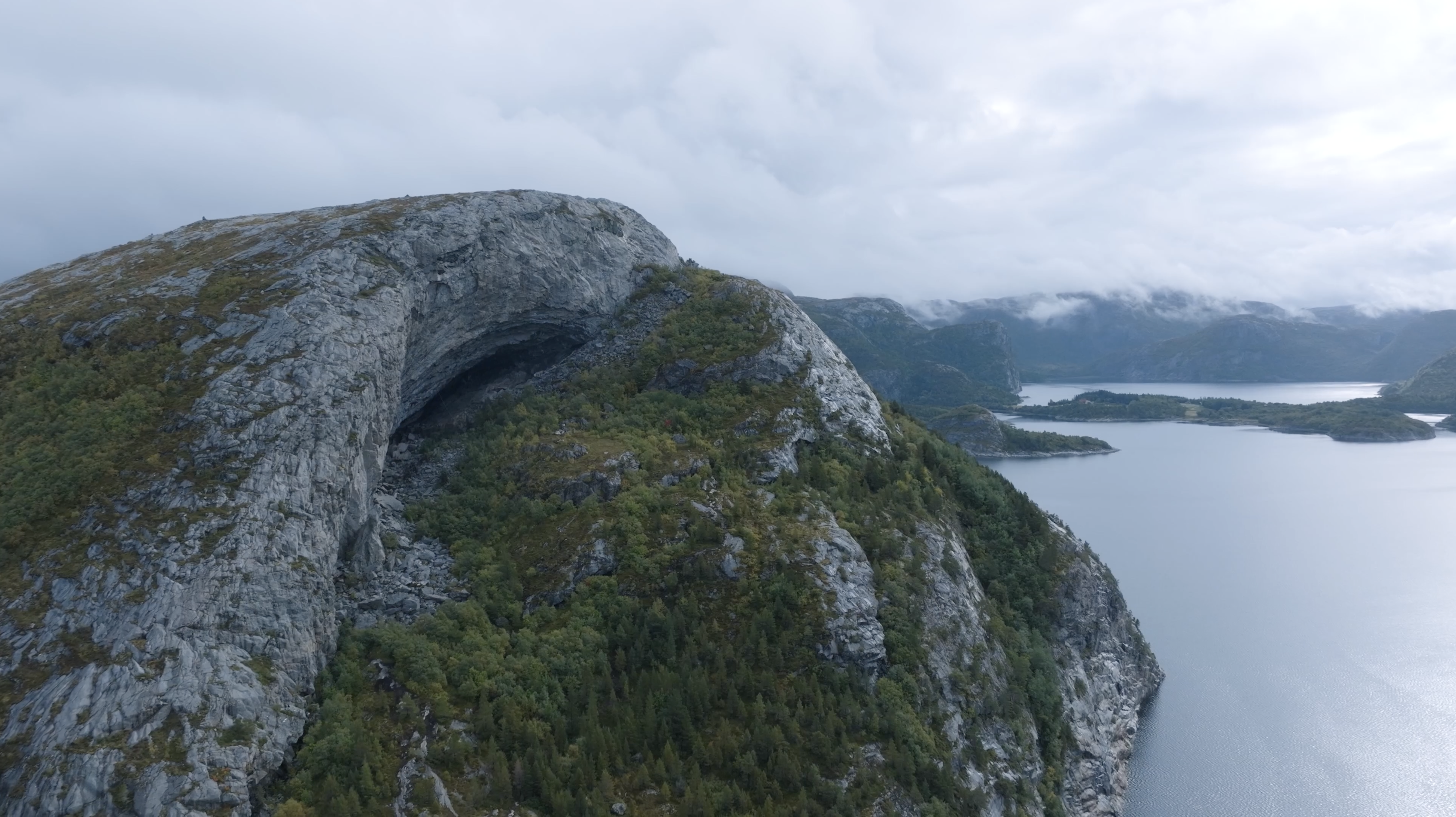 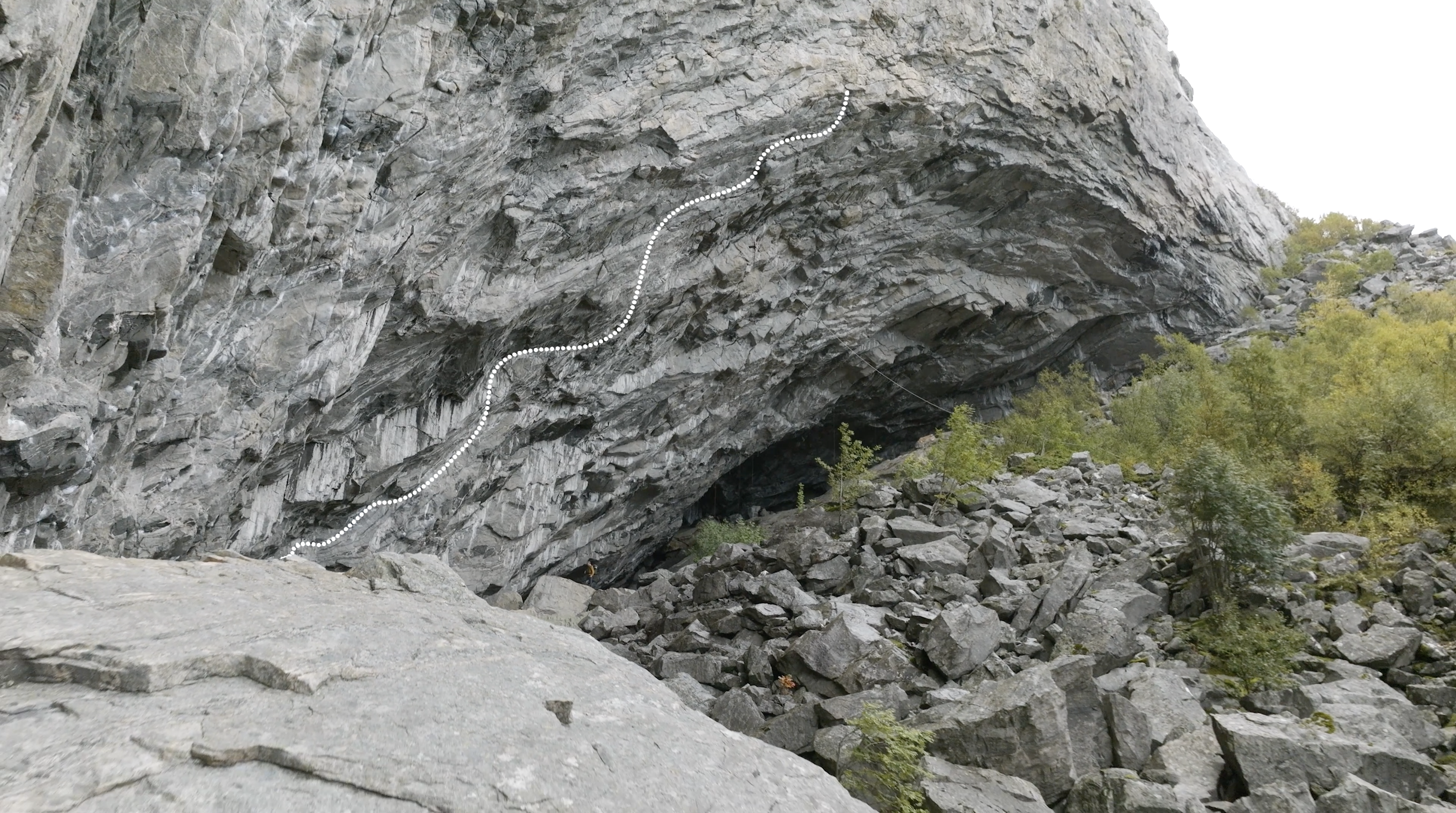 It was September when Jakob Schubert followed Adam Ondra’s invitation to join him for a trip to Norway’s famous Flatanger cave and the mission this duo of world class climbers had in front of them was nothing less than BIG, Project Big.

A route that Ondra always felt – in his own words – ‘intimidated by’.

“I’m still not sure what exactly 9c means,” says Austria’s Jakob Schubert in the early stages of the trip. “In general, I like playing games; especially games where I can put my ambition into to try to get better. Adam already told me it will be something in the 9b+/9c range, so I’m pretty sure it’s one of the very hardest routes in the world and I don’t think there are many routes that are harder than this one.”

“The first days on it, I was definitely overwhelmed with how long it is, how many difficulties it has, how many complexities. I wasn’t sure if I was up for this hard of a route and I could definitely imagine it being the next level, which means 9c, for me.”

Two weeks into the trip, things started to change… “From impossible to getting to a point where I think it’s possible but still a lot of work to do to actually being able to top the route.” 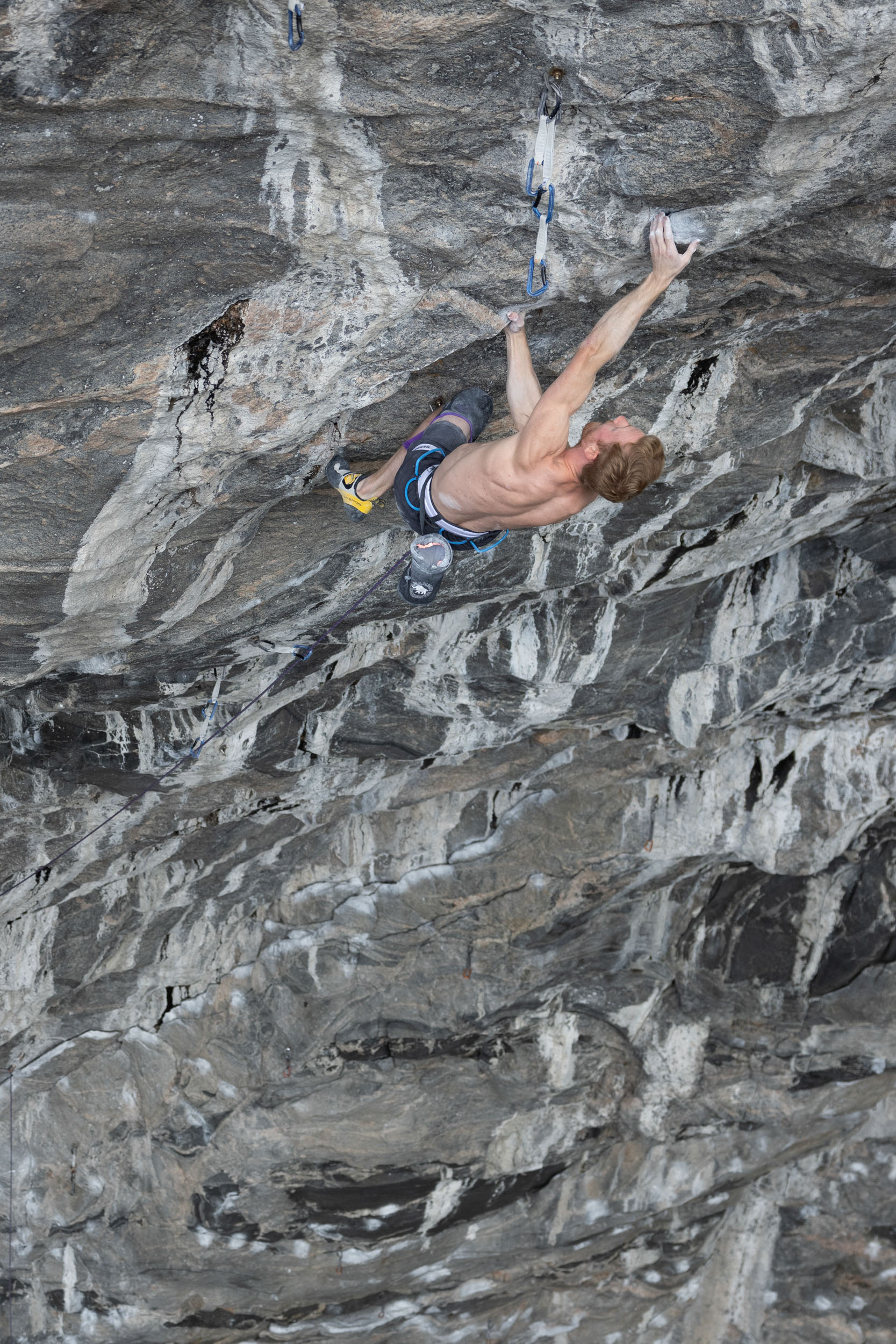 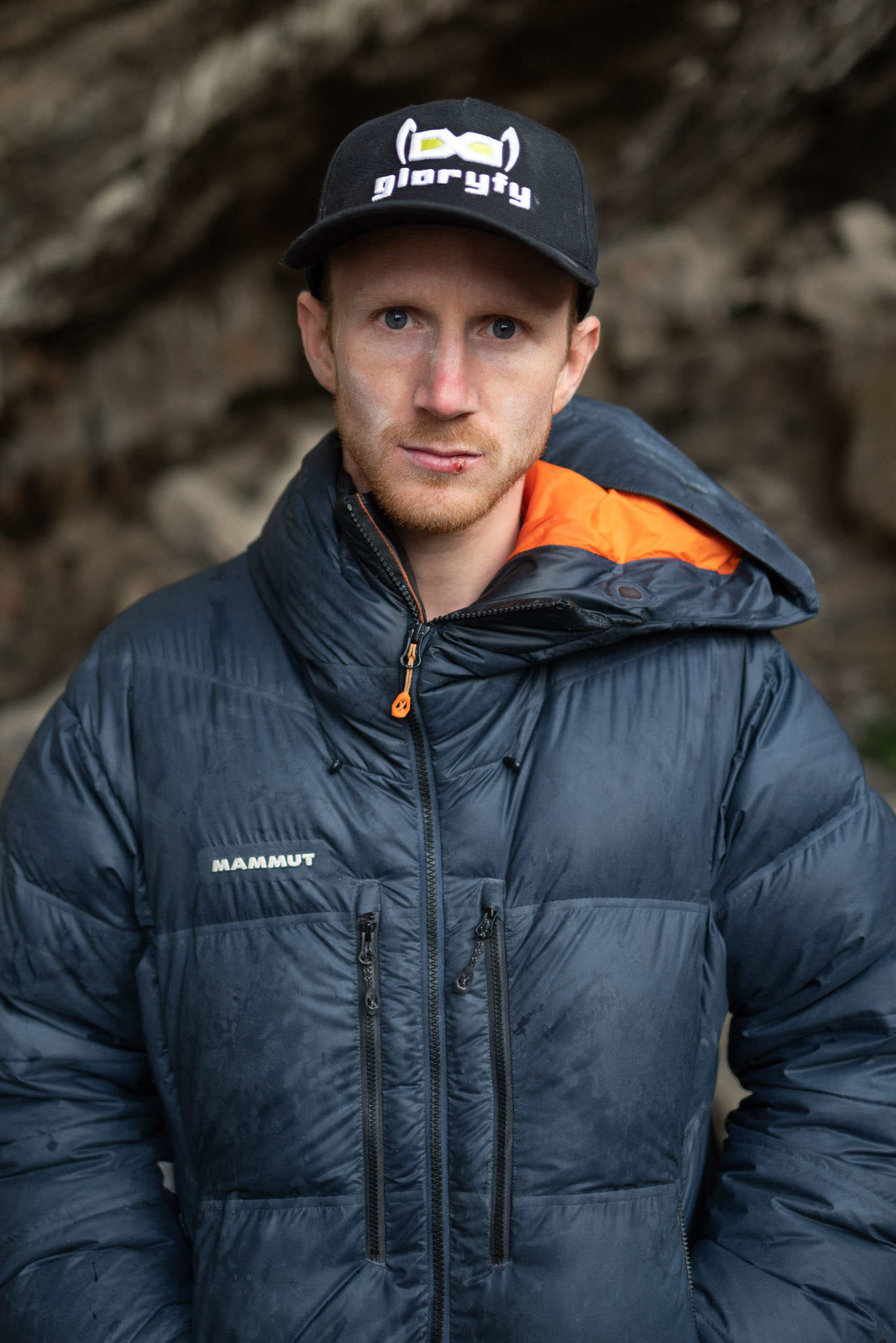 What does Project Big mean to you?

I’d say, Flatanger is the Yosemite of sports climbing. It’s the rock quality, the potential, the number of difficult routes, it’s simply extraordinary. It’s a beautiful place looking over the fjords to the sea, the cave is massive, it’s steep, offers so many hard route options; as a climber, this is a place you’ll always want to come back to.

What makes Project Big so difficult?

The difficulty that lies in Project Big is definitely that it’s more of a power endurance test piece, like 20 moves hard climbing with a lot of underclings, very powerful into this very bad knee-bar, where Adam and me are still discussing how much it actually helps to try and release your hands; I think the goal is to take a clip here and maybe release for just a few seconds and then go for the last very hard boulder problem, which makes the route that hard. Then you have this really big crux move, which is very hard if you’re just slightly tired. Two more moves where you do a heel-toe cam getting to this hold. From this pretty good hold, it should be over; still 15 or 20 metres of climbing but only around 8a. 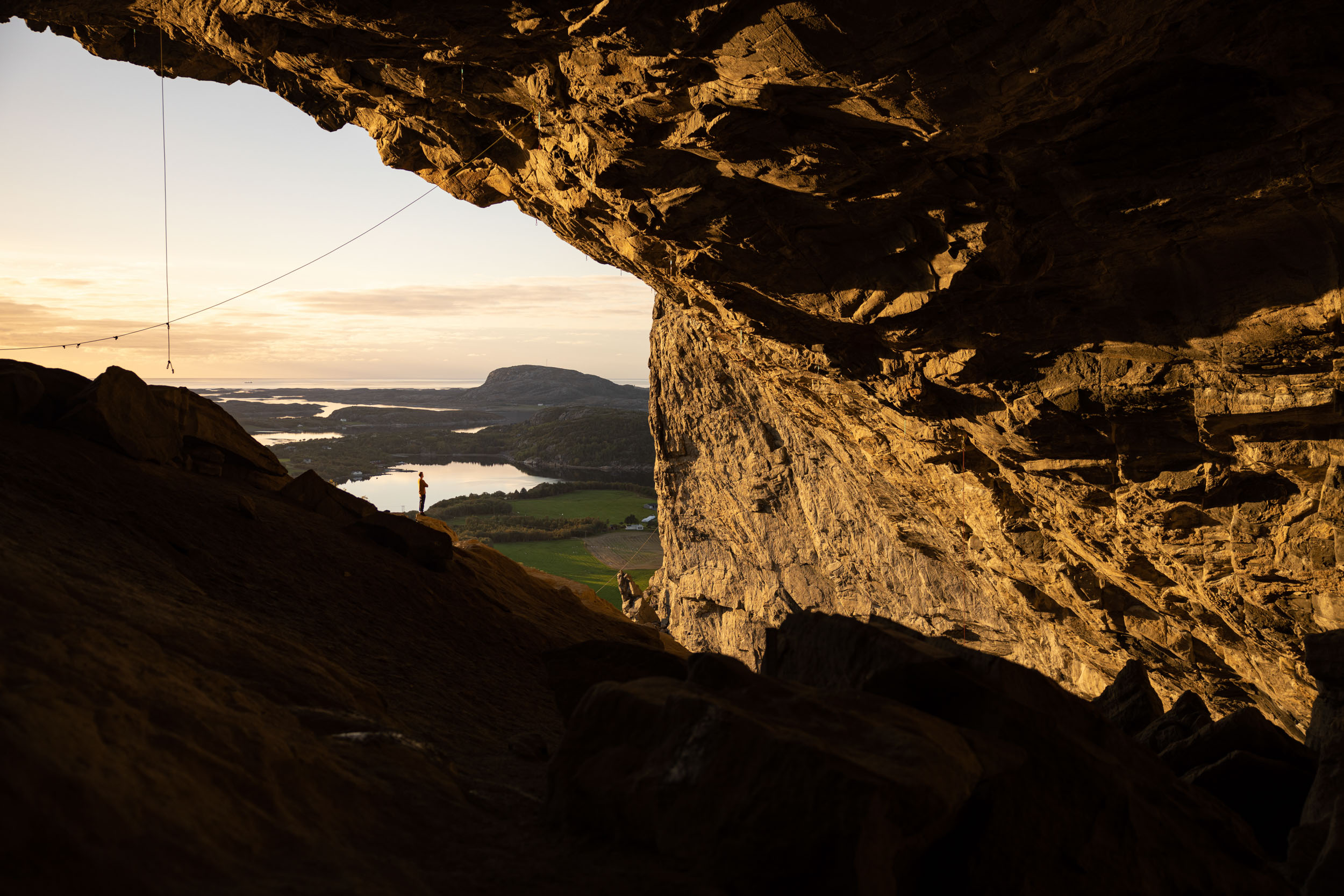 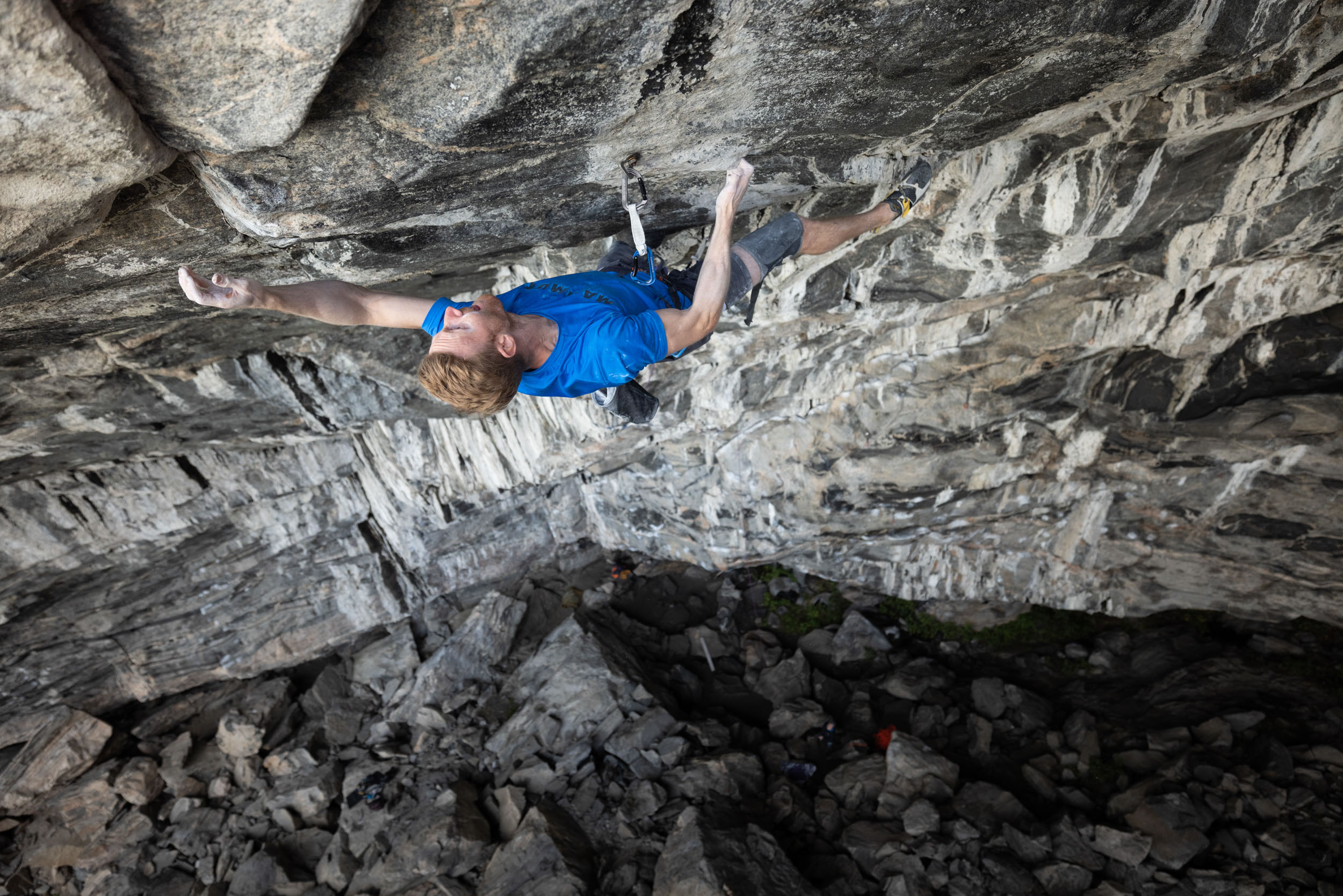 What’s the mental aspect of such a project?

Once you’re this close to a project and you’ve tried it a lot, it’s not the most fun anymore, but it’s more the ambition and motivation that keeps you trying, because you really want to finish it. Once you’ve been very close and you know you can do it, it’s definitely the tries where it’s mentally a lot more challenging. You have no-hand rests where you’ve time to think and are able to realize ‘you’re stronger, this could be the go’ or ‘I have felt better here before’. There are a lot of mentally challenging things in one try.

How do you approach a project of this size?

Chess is a game of strategy and tactics and Project Big also feels like a game of strategy and tactics sometimes. You need a strategy of how many tries a day you’re going to do, how many rest days you’re doing, how to warm up, how do you cope with the weather problems, with the friction and all of those things, but then you also need to do tactical decisions in the route. In chess I have the computer that helps me, but in this trip in have something that is almost as good as the chess computer, it’s Adam Ondra.

We’re both extremely motivated climbers and so we can talk about the route for hours and hours, learn from each other and push each other. Him sharing the beta with me saved me so much time in the beginning but I feel like we grew together to get very close to the send. 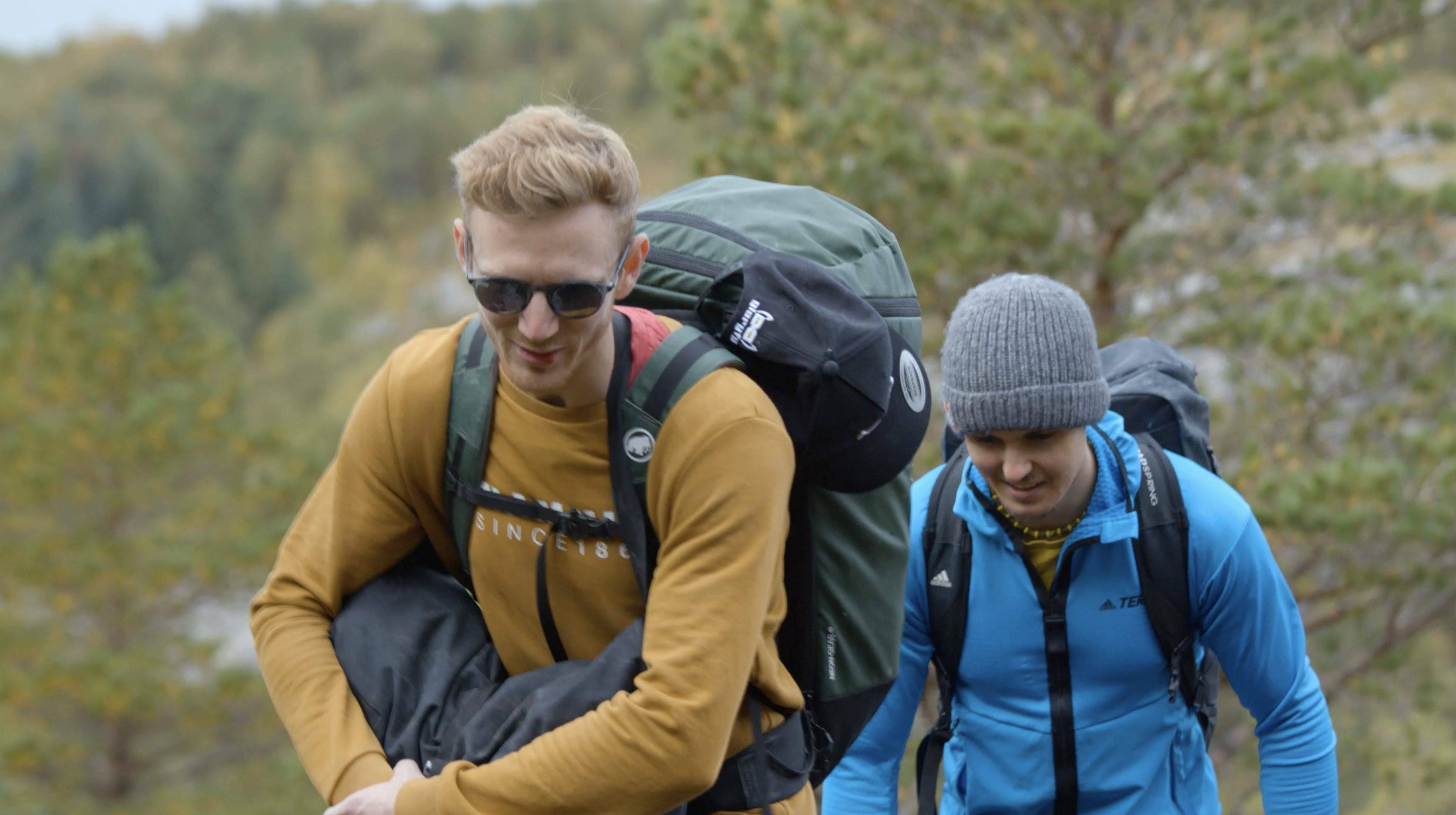 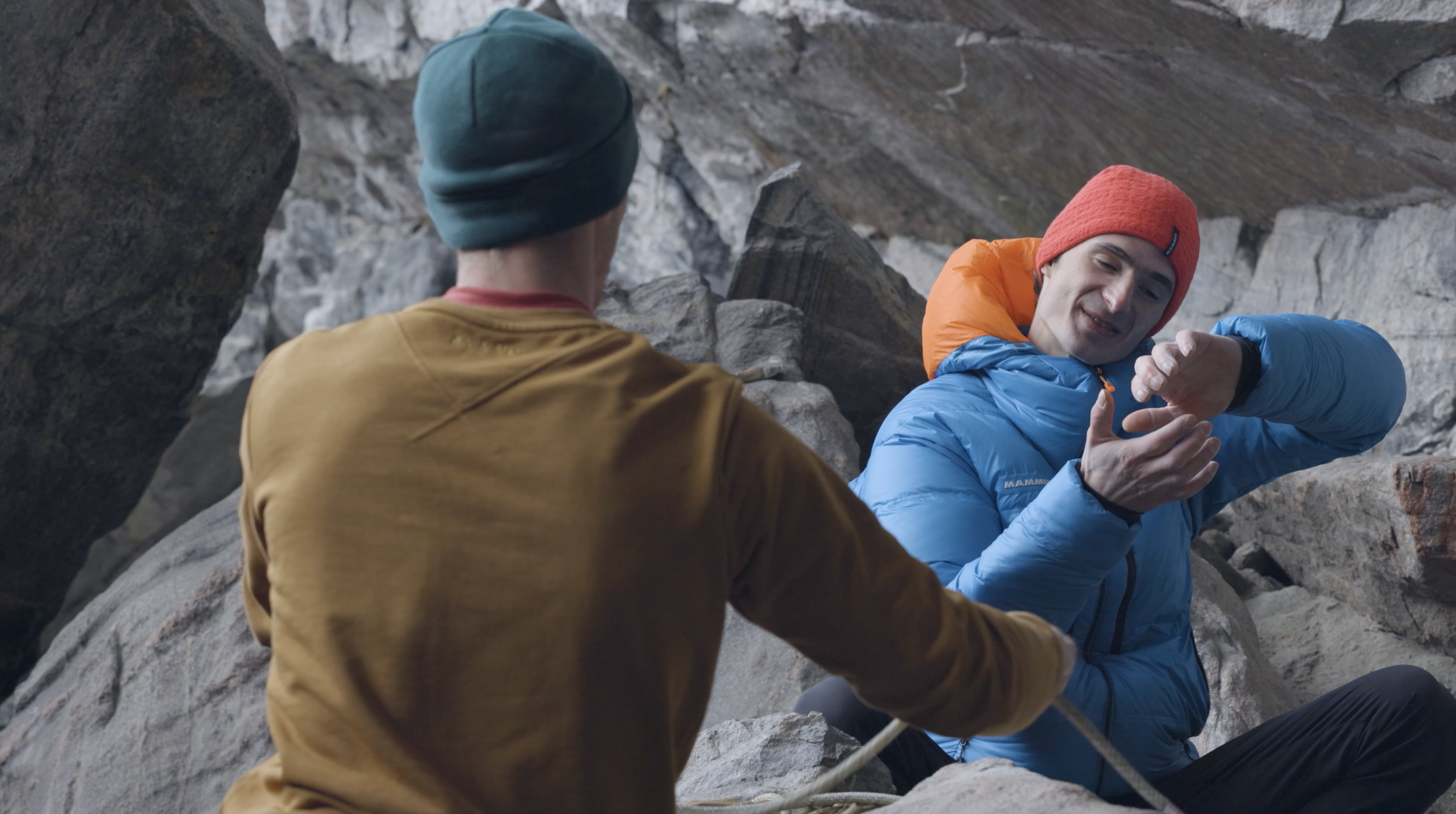 The duo ticked a few more boxes on the way to one of the world’s hardest sports climbing routes in this round one on Project Big.

“All I need is dry conditions and I can go full beast mode!” – that’s more than a promise from the lead-climbing world champion Jakob Schubert: “It’s the last remaining unclimbed project in the cave, it’s not just a project, it’s one of the greatest climbs in Flatanger and it should be climbed. We’ll both come back and send this route eventually, that’s for sure!” 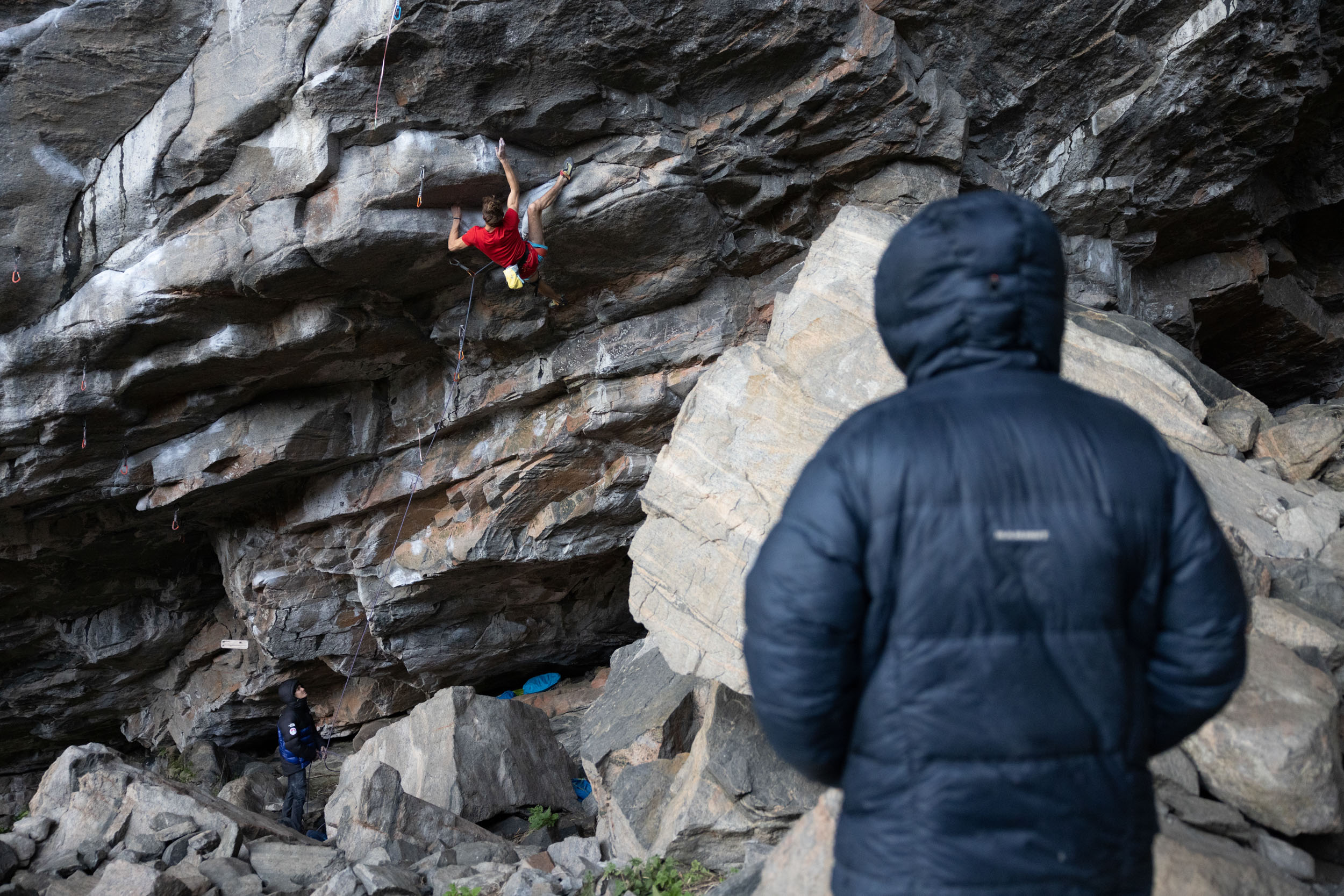 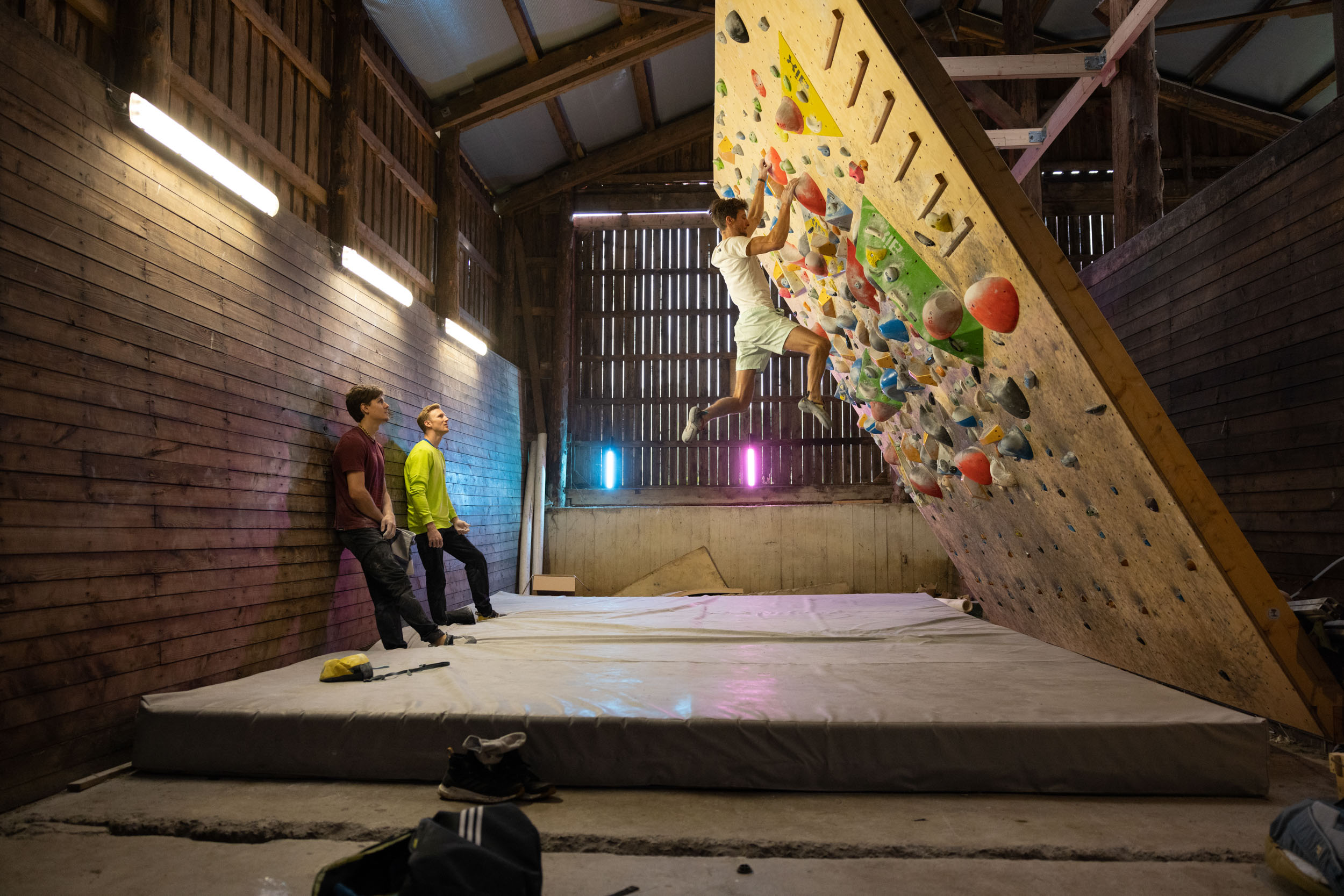